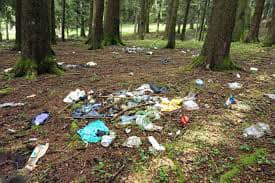 Trash and litter create major ecological and social impacts in the outdoors. Managers of parks, forests and protected areas will tell you that the waste generated by visitors is a massive problem. In U.S. national parks alone, over 100 million pounds of waste is generated annually. Though the National Park Service promotes visitation and enjoyment of parks, the agency is also charged with providing sustainable parks.

Through education backed with research, one of Leave No Trace’s primary goals is to provide people with the skills and knowledge they need to become stewards of natural areas. Disposing of waste properly is one of the most vital skills sets — and it’s not just a matter of keeping parks visually appealing. Food waste, for example, attracts wildlife and erodes their natural instincts to avoid humans. It can take common items like plastic bags and aluminum cans up to 100 years to decompose.