Graveyard Fields is the name of a flat mountain valley in the Blue Ridge Mountains of western North Carolina. It is near the source of the Yellowstone Prong of the Pigeon River. The valley's name originates from a time when a great windstorm felled hundreds of spruce and fir trees on its slopes. The area was subject to extensive logging during the early 20th century; and devastating wildfires swept the area in 1925 and 1940, heating the soil enough to sterilize it. 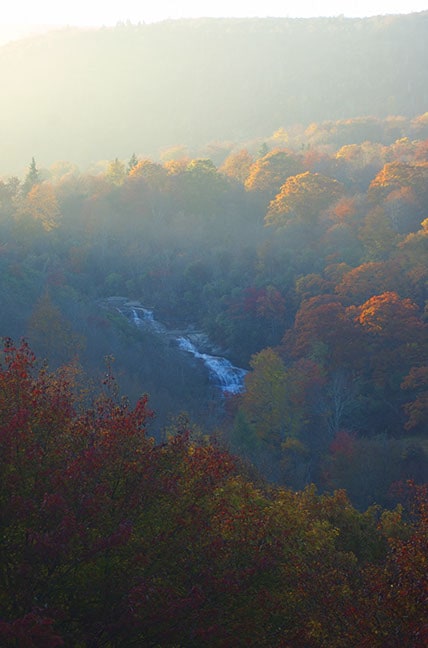